Building your confidence to launch your creativity

Oliver Klink studies in physics and photography were the catalyst for his love of light and the complexity of our existence. As a fine art photographer, he travels the world to capture the intricacy of our ecosystems. The link between his various body of works is the increasingly complex modern world constantly unfolding in new and unexpected ways. He captures our cultural changes, the environments we inhabit, and the insights into our world and ourselves. His artistic goal is telling stories with his images, making the viewers dream, and providing a glimpse of “the world as it should be”.

Oliver’s work has been published with National Geographic, Days of Japan, Black & White magazine, Popular Photography magazine, DailyMail, My Modern Met, FeatureShoot, 6 mois Magazine, Weather.com, among others. In 2019, his book, Cultures In Transition won SEVEN AWARDS for best photography book (IPPY, International Book Awards, PubWest, Mifa, Foreword Indies, PX3). In 2018, he was selected as Black and White photographer of the year 2018 by Dodho magazine, Critical Mass Top 50 fine art photographer, and won the SpotLight Award by Black and White Magazine. In 2017, his project “Circus” was selected as Top 50 projects “Seeing in Sixes” by LensWork Magazine, and by RFotoFolio as “selected artists”. In 2016, he was selected as Critical Mass Top 50 fine art photographer, “Best of the best” emerging fine art photographer by BWgallerist, and received People’s Choice award from Black and White Magazine single image contest for “Stepwell”. In 2014, his image “Herding Instinct” won the grand prize at the Rayko International Photo contest. In 2013, “The Great Migration” was selected as the Grand Prize winner at the 30th anniversary Spring Show Exhibit at the PhotoCentral Gallery in Hayward, CA. Other awards have included the Mike Ivanitsky award for photographic excellence (2009) and nominations at the prestigious Black & White Spider Award (2010-2016).

Oliver is a master of the new digital printing process called Piezography. By using a combination of pigment ink and a proprietary profiling process he produces enhanced highlight and shadow details that exceed what is capable of using silver-based or platinum-based traditional darkroom processes. 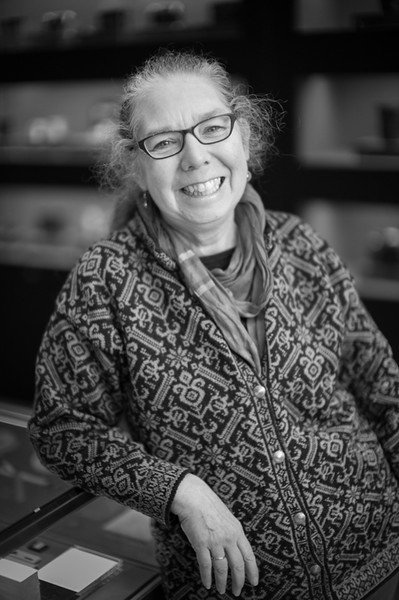 Kate Jordahl is an award winning photographer and a professor of photography at Foothill College, California, USA. She is also a co-director at PhotoCentral, Hayward, California, USA. Her photographs are in numerous collections including the Bibliothéque Nationale de France, Paris; Santa Barbara Museum of Art; University of Texas at Dallas and the Yosemite Museum. She has lead photography workshops in France, Italy, China, Japan and the United States and has been an artist-in-residence in Yosemite National Park and on the M.S. Fram in Greenland.

She was editor for “Searching for True North" with Modernbook Editions, “Native American Ceremonial Dancers” and “The Village: Bill Owens – Jamaica” as well as the “one poem” books published with Dreaming Mind Studio. Awards include a Gold Medal/Best of Show in the PubWest Book Design Awards, a Silver Medal in Prix de Paris and in the Independent Publishers Book Awards for "Searching for True North" and a Silver Award Photography and a Bronze Award Art in the PubWest Book Design Awards for "Native American Ceremonial Dancers."

"I love the earth! No moment is the same. Each moment is uniquely different. The natural world captures my spirit and my love. My goal is to show the inherent beauty within all life and make that beauty "sing" out in each image I make."

Bruce started photographing nature and wildlife extensively with slide film before switching fully to digital. His images have been published in many magazines, such as NANPA Expression Publication, California Wild Magazine, where Bruce won the best wildlife photo contest in 2003. His images have also been selected for book publications.

In the last few years, Bruce has perfectioned his bird photography skills by setting up an habitat at his ranch in rural Monterey County. Using photo blinds extensively, he has been able to attract many birds and wildlife for wonderful photographic opportunities.

Bruce is an active member of the Peninsula Camera Club, has done nature programs for the Northern Council of Camera Clubs, and also teaches bird photography for various institutions.

"Bruce is a passionate photographer. His knowledge of birds and his willingness to share it with others have made him an exceptional instructor." - Brian Cupertino

Joe Ordonez, of Italian-Guatemalan extraction, recalls early memories enraptured by his father’s slide shows from his travels throughout Latin America. Inspired by his father, Joe bought his first camera at an early age. He attained a black belt in Goju-ryu karate at age 14, giving him early exposure to Zen practice and eastern thought. Joe went to Western Washington University to study art and music but instead pursued his love of nature and graduated with a Bachelor of Science in Environmental Education with an emphasis in field biology. After college, he moved to Alaska and began working as a naturalist and wilderness guide in some of the most pristine, remote and wildlife-rich locations in North America including Glacier Bay National Park, the Pribil of Islands and the Arctic National Wildlife Refuge.

This combination of Zen, art, music and his intimate connection with nature imbue Joe’s photographic vision with a sense of spiritual communion. His artistic goal is to share images that celebrate the profound, as well as the subtle, beauty of nature. He is co-author of the book, The Complete Guide to the Tatshenshini and Alsek Rivers and is sole creator of the book, The Story of the Alaska Chilkat Bald Eagle Preserve, Haines, Alaska. In this opus, Joe combine his love of storytelling and photography to share his passion for the Chilkat Valley. The book also exposes the ominous threat of a proposed toxic mine just upstream of this "sacred gathering place for thousands of bald eagles.”

Joe lives adjacent to the Chilkat Bald Eagle Preserve with his wife and two daughters.

Chester Ng is a fine arts photographer based in Monterey. He discovered photography at an early age and was immediately captivated by the craft. Over time, his interest in photography evolved from casual hobby to serious passion with a lifelong commitment. His work spans a variety of subjects ranging from exploration of yesterday's cultures and old world rituals to dance and motion as well as environmental portraiture, photojournalism, pictorialism and abstract.

Chester's approach to image-making generally starts with identifying elements that can serve as a portal to open-ended narratives. His goal is to create images that allow viewers to complete the stories he begins. He's currently experimenting with incorporating mixed media into both traditional and digital processes to explore new avenues for image-making.

I'm a fine art photographer living on the Monterey Peninsula in California. I demonstrated great interest in the arts at an early age. I started music lessons at the age of five followed by painting a few years later. It wasn’t until late 2006, however, that I turned to photography as a form of artistic expression. Classical music and painting have been part of most of my life and have certainly contributed to the development of a lyrical sensibility that underlies my photography today. I like to call myself an “artist with a camera.” I have been developing my own style through a process of self-discovery. I am very committed to photography as art and always leave part of myself in each one of my images. I truly believe that every photograph is a self-portrait.

Subscribe to our eNewsletter and receive exclusive information about photography.  Fine Art Images, travel tips, exhibits and workshops.  You may unsubscribe at anytime.  Your information is kept private.

Over 13 years serving thousands of fans and collectors!
Powered by SmugMug Log In